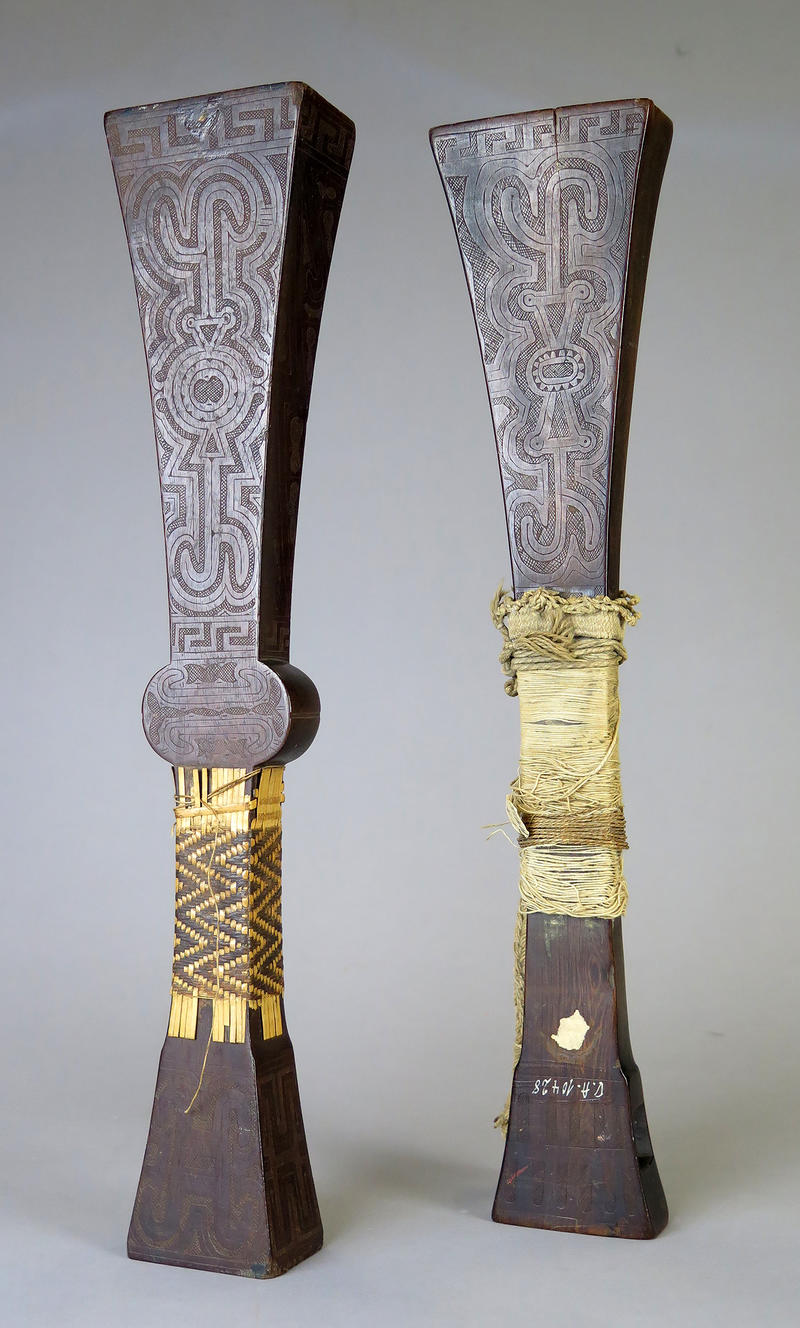 At the cusp of European contact, north-eastern South America - what would later emerge as the countries of Venezuela, the Guyanas and northern Brazil - was the centre of some of the continent's richest iconography, captured in masterpieces of wood and stone sculpture. These include drug-related paraphernalia depicting jaguars and raptorial birds attributed to the 'Rio Trombetas' region and large, double-handed weapons with elaborate two-dimensional designs in wide circulation from the Guyanas north to the Lesser Antilles. These two unique carving traditions are tightly constrained by their form and iconography, making them excellent case studies for addressing the development, range and source of their individual styles. Examples of these carvings are widely dispersed, predominantly in European collections, and, as a result, have never been studied as a corpus. Some can be traced back to early 16-17th century collections, and likely reflect a style of carving contemporary with the first explorations of the 'New World,' if not earlier. If, taken at face value, the block-headed clubs are an overt expression of physical power, the Trombetas materials reflect the power of ritual, linking the user with the numinous through hallucinogen-inspired trance. Both inform on the myriad interrelated issues central to the escalating socio-cultural complexity in pre-/post-colonial South America.

The jagWARS project, supported by a Gerda Henkel Stiftung Research Grant, brings together more than 100 surviving carvings from over 30 international museums in a study of their material, chronology and iconography. In providing an overview of the dispersed corpus, the project is in a position to place this little-known artistic heritage within its cultural and historic context for the first time.

The resulting four main lines of evidence - stylistic, chronological, material and spatial - will be used as the framework to explore a further series of questions relating to the social context of these object classes. Linking them are notions of power - both physical (weapons) and spiritual (drug paraphernalia).